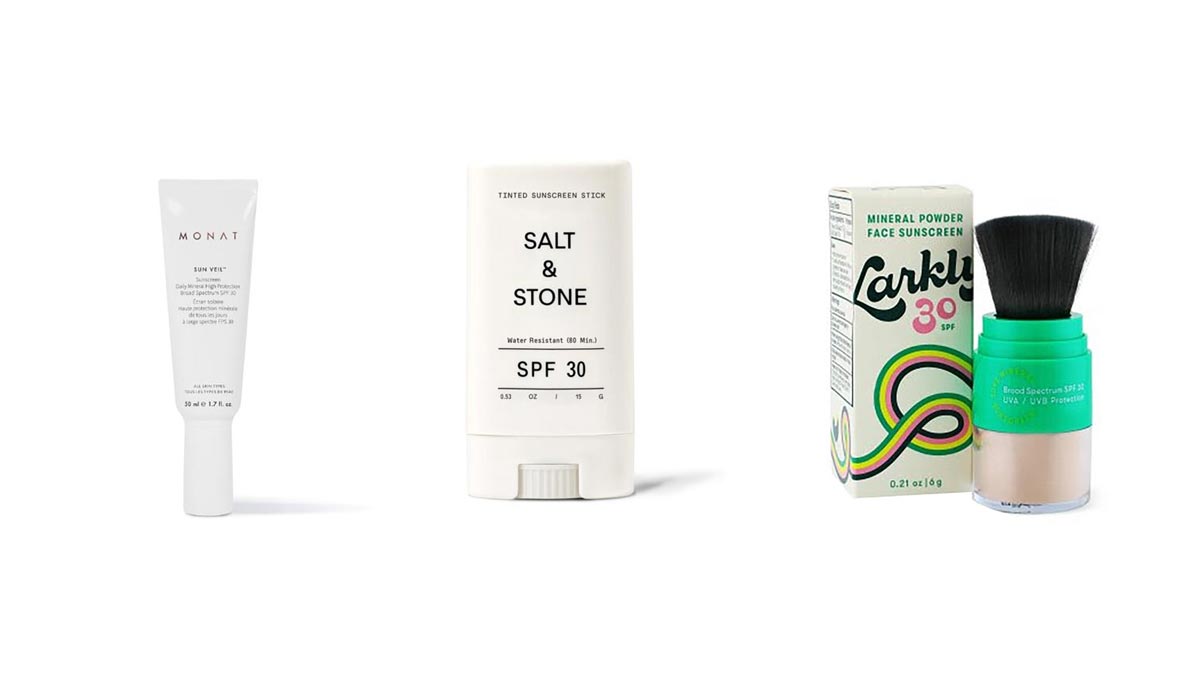 Every summer we slather on sunscreen to protect ourselves from the negative effects of the sun (and the depleted ozone layer) But how safe is your sunscreen?

It’s important to get to know what’s in your sunscreen. For starters, sunscreens are either mineral or chemical based. Some sunscreens contain both. Mineral sunscreens, which often contain zinc oxide and/or titanium dioxide, sit on the skin’s surface to deflect the sun’s rays. Chemical sunscreens penetrate the skin and absorb the sun’s rays. This is where the problems start. Recent studies have shown that many of the chemicals used in chemical based sunscreen are absorbed into the body’s bloodstream at levels much higher than the FDA’s safety threshold. According to Yale Medicine (2021) at these levels, the chemicals have the potential to cause cancer, disrupt the hormone system and cause harm during reproduction and development.

As reported by the Environmental Working Group, “when the federal Food and Drug Administration proposed its most recent updates to sunscreen regulations, it found that only two ingredients, zinc oxide and titanium dioxide, could be classified as safe and effective.” Last year, the European Commission published opinions on the safety of three other common ingredients in chemical sunscreens, oxybenzone, homosalate and octocrylene. It found that hundreds of sunscreens manufactured in the U.S. use them at concentrations that far exceed safety levels. In addition, last May, benzene, a known carcinogen, was found in 78 sunscreen and after-sun care products, many from well known brands.

Chemicals in sunscreen may be harmful to other forms of life, too. According to the Coral Reef Alliance (2021) there are an estimated 14,000 tons of sunscreen deposited into the ocean annually. Studies have shown that chemical sunscreen is toxic and has “significant impacts to coral health and their reproduction.” And it can be harmful to other marine life too, like fish, dolphins, green algae, and sea urchins, causing problems like deformation, decreased fertility, and impaired growth.

So what do you do to protect yourself? And the environment? Use a mineral based sunscreen. Back in the day these used to turn your face white (remember putting Zinc on your nose?) but not anymore! Now there are plenty of safe, clean, and fun (glitter!) options. Here are some of our fav’s: 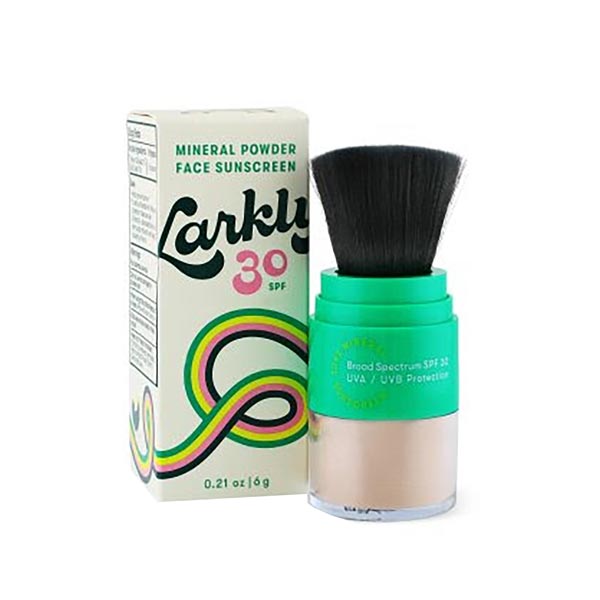 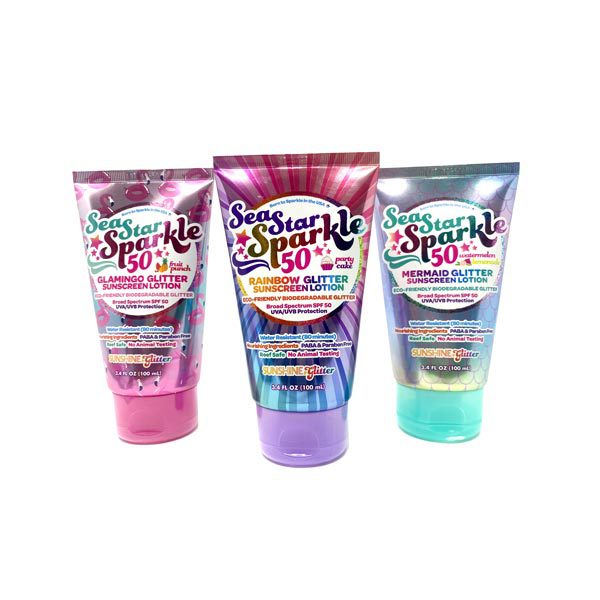 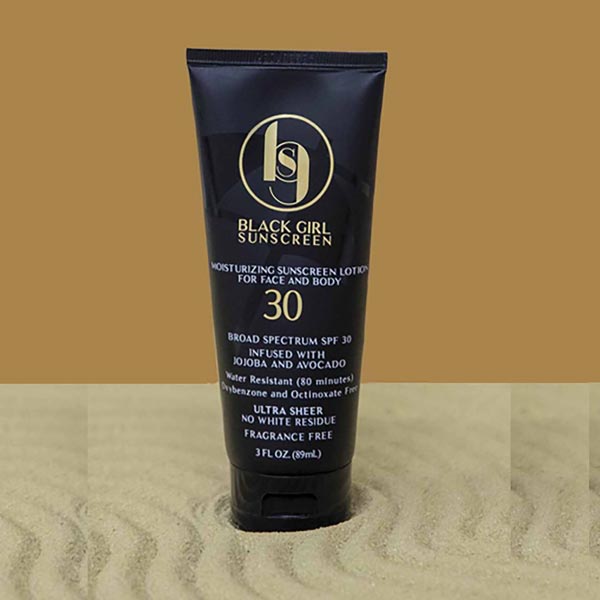 sunburned too.” Mineral sunscreen with no white residue! Ozybenzone and Octinoxate free, with avocado, jojoba, cacao and carrot juice to moisturize and heal skin 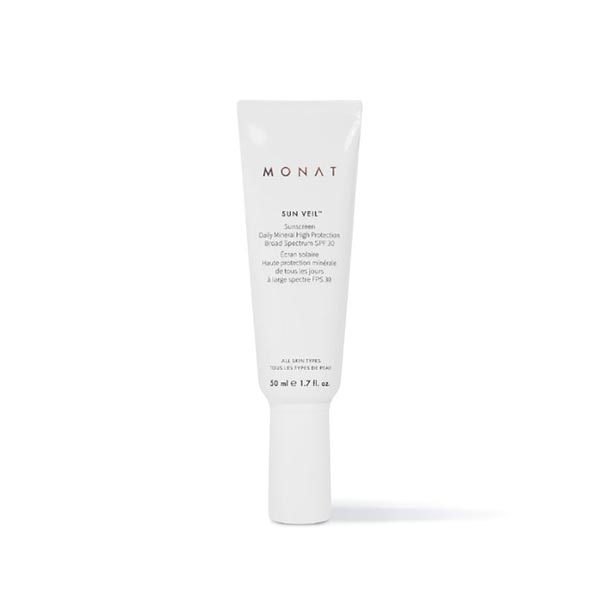 Sunscreen and serum in one with hyaluronic acid, niacinamide, arnica 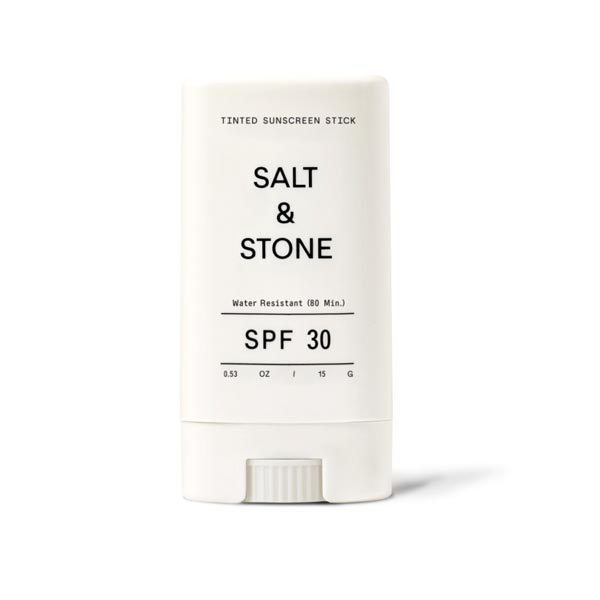 Zinc based with no white residue, water and sweat resistant and reef safe with vitamin E, hyaluronic acid and ashwagandha. 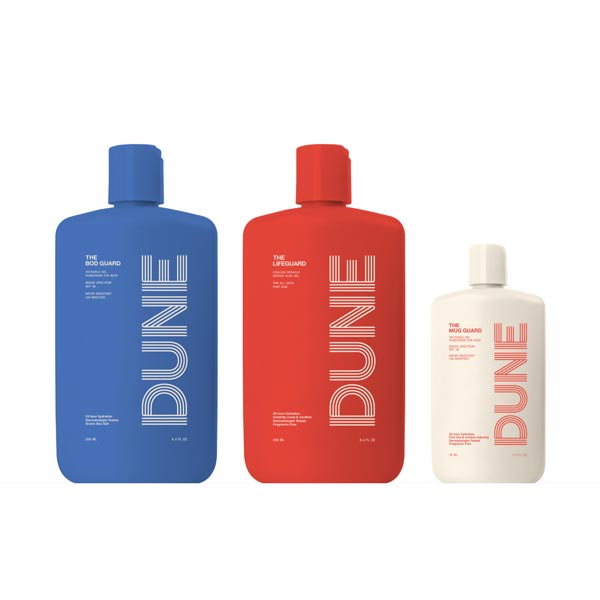 Dune The Bod Guard and The Mug Guard 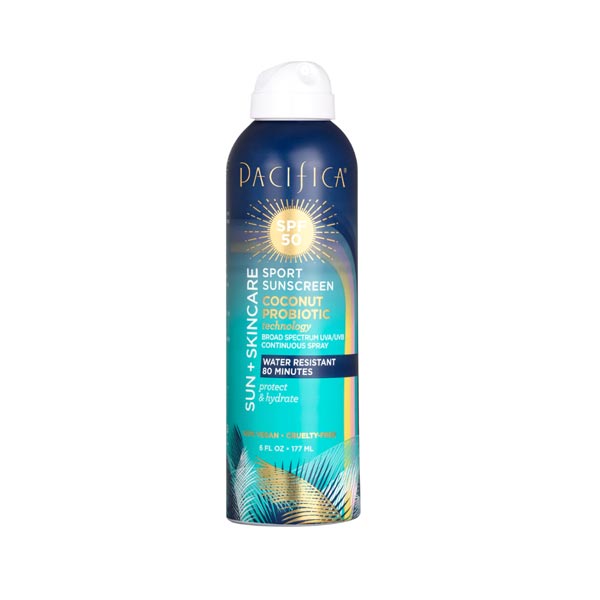 Water resistant, oxybenzone and PABA free, no parabens or phthalates

The trouble with ingredients in sunscreen. Environmental Working Group.
https://www.ewg.org/sunscreen/report/the-trouble-with-sunscreen-chemicals/

Oxybenzone
The most worrisome sunscreen active ingredient is oxybenzone. It is readily absorbed through the skin (Matta 2019, Matta 2020) and the Centers for Disease Control and Prevention found it in nearly all Americans, with higher levels in those who report applying sunscreen (Zamoiski 2016). Oxybenzone behaves like an endocrine disruptor in many studies (Krause 2012, Ghazipura 2017) and is potentially of greater harm to children (FDA 2019). In an evaluation of CDC-collected exposure data for American children, researchers found that adolescent boys with higher oxybenzone measurements had significantly lower total testosterone levels (Scinicariello 2016). Female exposures to oxybenzone and related chemicals have been linked to an increased risk of endometriosis (Kunisue 2012).

Four studies published in 2020, support previous findings that oxybenzone can act as an endocrine disruptor and may increase the risk of breast cancer and endometriosis (Kariagina 2020, Peinado 2020, Rooney 2020, Santamaria 2020). In addition, the National Toxicology Program found equivocal evidence of carcinogenicity in rats after observing increases in thyroid tumors and uterine hyperplasia in females with high exposure to oxybenzone (NTP 2020). Recently, the European Commission found current human exposure levels to oxybenzone to be unsafe and proposed a concentration restriction of 2.2 percent (SCCS 2020) – lower than the limited amount allowed in U.S. sunscreens, which is up to 6 percent. Several countries ban the sale of sunscreens that contain this ingredient, because it may be harmful to aquatic life.

Octinoxate (Octyl methoxycinnamate)
Octinoxate is an organic UV filter. It is readily absorbed into the skin and continues to be absorbed after the sunscreen has been applied. It has been found in blood 16 times above the proposed FDA safety threshold (Matta 2019, 2020). Animal studies have shown the chemical has hormone effects on the metabolic system and affects thyroid hormone production (Seidlova-Wuttke 2006), with some evidence for other endocrine targets, including androgen and progesterone signaling (Krause 2012). Several countries ban the sale of sunscreens made with octinoxate, because they may be harmful to aquatic life.

Homosalate
Homosalate is an organic UV filter widely used in U.S. sunscreens. Homosalate has been found to penetrate the skin, disrupt hormones and produce toxic breakdown byproducts over time (Krause 2012, Sarveiya 2004, SCCNFP 2006, Matta 2020). A recent opinion from the European Commission found that homosalate was not safe to use at concentrations up to 10 percent and recommended a maximum concentration of 1.4 percent, because of concerns for potential endocrine disruption (SCCS 2020). The FDA allows U.S. sunscreen manufacturers to use it in concentrations up to 15 percent.

Octisalate
Octisalate, an organic UV filter, readily absorbs through the skin at levels 10 times more than 0.5 nanograms per milliliter, the FDA’s cutoff for systemic exposure. This cutoff is the maximum concentration that may be found in blood before there are potential safety concerns. A case report showed that the chemical has been linked to allergic contact dermatitis (Singh 2007). Analysis of high throughput screening assays by the Environmental Protection Agency suggests octisalate may have endocrine effects, weakly binding to the estrogen receptor.

Octocrylene
Octocrylene readily absorbs through the skin at levels about 14 times the FDA cutoff for systemic exposure (Hayden 2005, Matta 2020). Studies have found that octocrylene causes relatively high rates of skin allergies (Bryden 2006). It has been linked to aquatic toxicity, with the potential to harm coral health (Stein 2019), and it is often contaminated with the known carcinogen benzophenone. According to a recent study, its levels can increase when it is stored (Downs 2021).

Avobenzone
Avobenzone is a widely used organic filter that provides protection from UVA rays. Avobenzone can disrupt the endocrine system and has been shown to block the effects of testosterone in cellular studies (Klopcic 2017). In one study, avobenzone was detected in serum samples at levels nine times above the FDA’s cutoff for systemic exposure (Matta 2020).

Titanium dioxide is classified as a possible human carcinogen by the International Agency for Research on Cancer, because of the potential of exposure through inhalation. For this reason, powdered or spray formulations containing titanium dioxide are of concern. In general, mineral sunscreens tend to rate better than chemical sunscreens in the EWG sunscreen database.

The trouble with ingredients in sunscreen. Environmental Working Group.