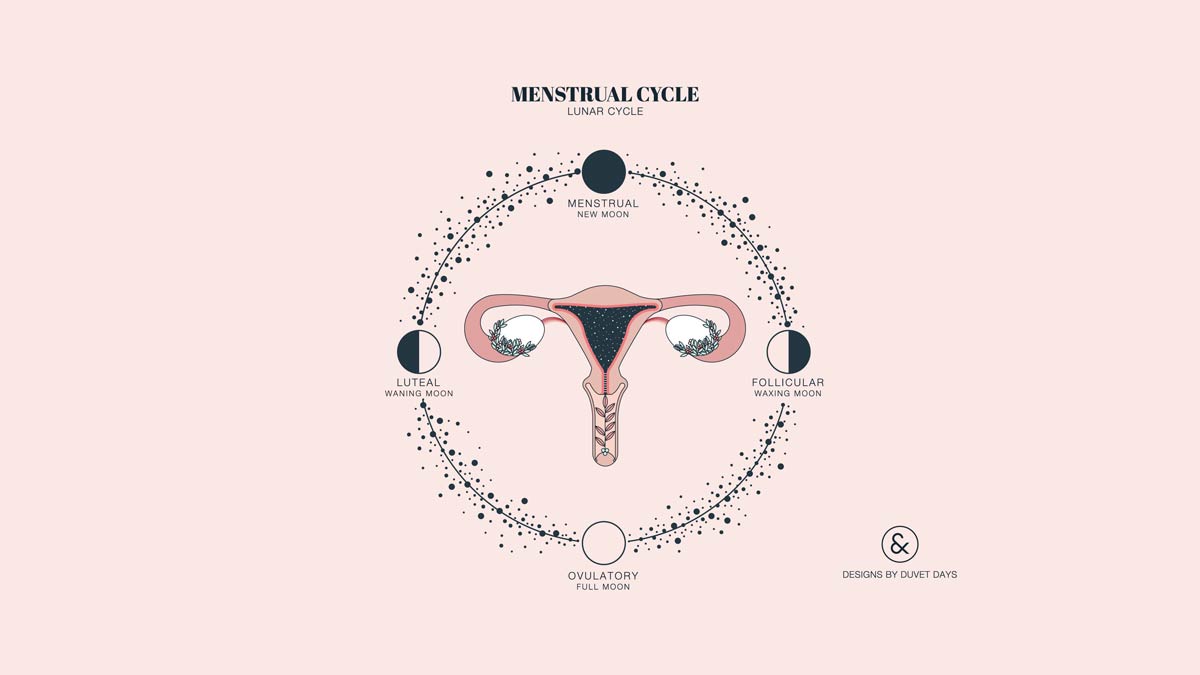 Scroll through Instagram and you can’t help but pause on Nicole Jardims’ account. The self labeled “period girl” is honest, smart and always witty. Nicole educates us about our period, hormones and everything in between. We asked our NY YOGA + LIFE community and team to share all their period questions and concerns for Nicole to answer.

About half our team is in our early to mid 40s and the most common question that seemed to come up was about menopause. One person referred to it as when we “break up” with our period. What are the biggest signs that a period break up is on the horizon and what is the best way for women to prepare?

Ha! This is definitely a good way of describing menopause. Menopause has been sold to us as this terrible time when all hell breaks loose complete with debilitating hot flashes, major mood swings and vaginal dryness. However, I think women should know that menopause is not some future cliff that we all fall off of in our late 40’s or early 50’s, and in fact, our bodies are preparing for it for a good 10-15 years in many cases. This transition time period is known as perimenopause, often beginning in the mid to late 30’s.

It’s so important for women to understand that their diet and lifestyle choices throughout their teens, 20’s and 30’s impact how their bodies are going to behave when we’re “breaking up with our periods” later down the line. No pressure, right?!

Some signs that we are entering perimenopause or the transitional time from our fertile years to our menopausal years include:

I think the best way to prepare is to pay attention to and manage your stress response as best you can. The reason for this is that once your ovaries wind down and eventually cease to make estrogen and progesterone each month, your adrenal glands take over. They’ll never make as much estrogen and progesterone as your ovaries, but they do a decent job if they are in good shape. However, our wildly stressful lives put a huge strain on our adrenal glands, and as such, many women enter this time period with “exhausted” adrenals that don’t work so well.

With so much information available online these days, do you feel it has helped or hindered how society views menstruation? If hindered, how can we shift our perspective on our periods more positively?

I truly believe periods are having their moment, finally. There has been a buildup to this “moment” for about a decade, and then NPR named 2015 the year of the period! In my opinion, it was the year that menstruation went mainstream.

It was the year that Kiran Gandhi, an L.A. based musician ran the London marathon on her period without using period protection. This is known as “free bleeding,” and it’s definitely become a thing for sure! It’s also the year Donald Trump attempted to insult Megyn Kelly the GOP debate moderator for having her period. There was a social media explosion after this that has continued to grow.

Also in 2015, the word “menstruation” was mentioned in five national news outlets 167 times, which was more than triple the amount of 47 from 2010.

I truly feel that all this media attention has helped shape a more positive societal view on menstruation. It seems like everyone is talking about periods in some capacity, but that might be my own narrow world view ha ha.

At the same time, we still have work to do. A survey by Flexx, a company that makes disposable tampon replacement discs, found that 73 percent of women across the world hide their periods from others, and 68 percent are afraid to talk about their periods with men. Another survey published by period panty maker THINX found 58 percent of women felt embarrassed simply because they had their periods, and 42 percent experienced period shame.

Here’s what I know from doing this work for many years:

When you shine light on something that is considered taboo, it no longer feels scary or shameful, so I believe that every woman and girl should take the time to educate themselves about their body, their hormones, their period and their sexual health. In the process of educating yourself, it’s crucial that you start talking about all this stuff – that’s when we really shift into more positive dialogue. Talk to a close girlfriend, or your sister, or find a moon circle in your community (which are often hosted at yoga studios).

Ah, period sex. This is quite possibly the most controversial topic in our culture, second only to periods of course! Sex might be the last thing on your mind when you’re irritable, tired and dealing with cramps—not to mention it can be messy—but if you are in the mood, you’re not some freak of nature. In fact, research has found that many women find period sex to be the only thing that gives them any relief from their cramps and headaches.

Since levels of progesterone—the hormone that tends to suppress libido—are low after you start your period, and estrogen – one of the hormones that revs your sex drive – begins it’s ascent, your desire for sex may increase. Additionally, there may be a small uptick in testosterone (our libido stoker) during your period. All of this accounts for why some women crave sex during their periods.

Additionally, lots of women know that this time of the month means their chances of getting pregnant are virtually impossible (not entirely though!), and they feel more open to sex.

I suggest using a towel or blanket for period sex, lots of lube and approaching it with an open mind if you’ve never done it before. Things tend to be a little sensitive down there during your period, so penetrative sex may be out of the question. I recommend focusing on external stimulation instead. And because you’re not 100% infertile during this time, consider condoms as well if you’re not on some form of birth control.

We do a feature in the issue called “Letters to my younger self.” If you could give one piece of advice to your younger self what would it be ( about periods or anything really!)

I would tell my little girl self that there will be many surprises along the way (good and not so good), but it’s all going to work out exactly the way it’s supposed to. Life gets a whole lot better after your 20’s, but don’t rush to grow up either, because it also gets a whole lot more complicated.

I’d also say, there are no mistakes, because you have a supreme destiny calling for your life. Your job is to know that. And sometimes, when you’re not listening, you get taken off track, but it’s all leading to the same path/destiny calling.

There is no such thing as a wrong decision in life. There is no such thing as a failure, because failure is just that thing trying to move you in another direction. So you get as much from your losses as you do from your wins. Understanding that will help you not be thrown by random circumstances, because your life is bigger than any one experience. Oh and also, give less f–ks about what others think!

As for your period, remember that your period is not just your period. She’s telling you something every time she comes to visit. Pay attention to the undesirable symptoms you experience and talk to a family member or your doctor about them. You have so much more control over your body and your period than you think you do!