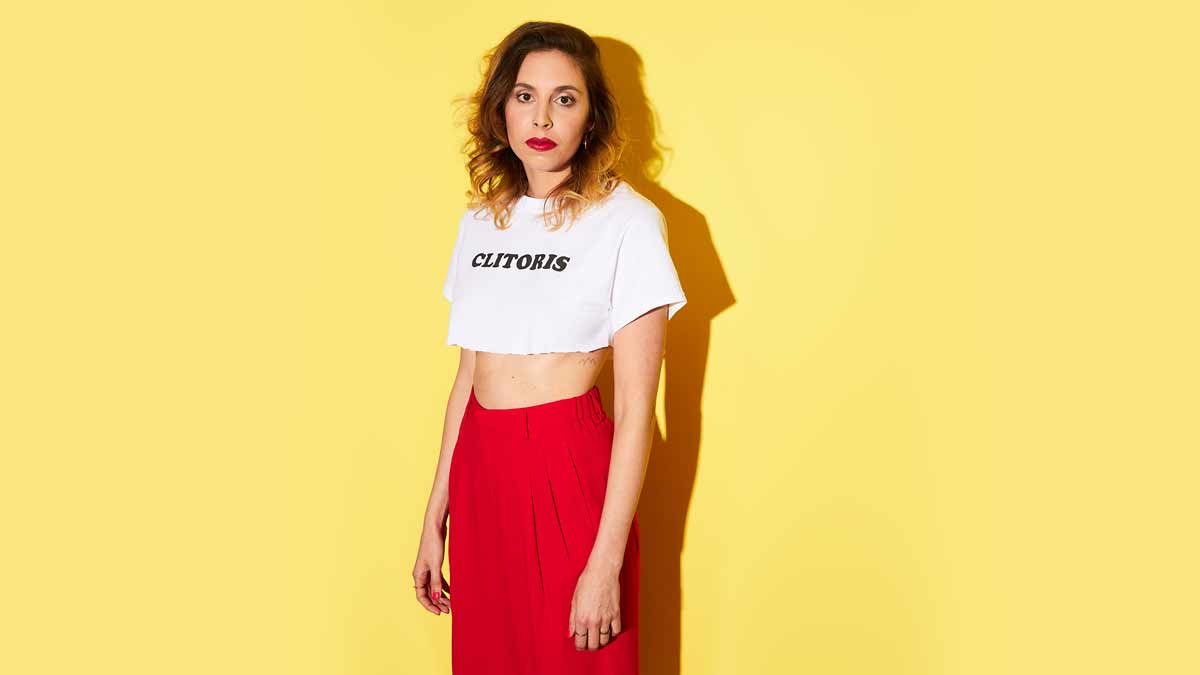 Lara Parker has had vagina problems since she was 14 years old, suffering from constant pain in her abdomen and vagina that got much worse during her period. Figuring everyone was having the same experience and just not complaining about it, Lara kept her extreme discomfort to herself. Each month would get worse as she would throw up, pass out, and miss days of school because of the pain. When she eventually spoke to her doctor, she got the brush off: “Periods are supposed to hurt,” she was told. Lara has spent many years working with multiple doctors and has spent tens of thousands of dollars to get a handle on what’s going on with her body. As a deputy editor at BuzzFeed, Lara shared her experiences online. This fall, her debut book Vagina Problems will give readers a candid look at how she navigates life, sex, work, dating and the pain of putting on jeans when your vagina just hurts.

I’m a huge fan of Lara (and also her literary agent). On the team at New Leaf Literary & Media, I was thrilled to have the opportunity to interview Lara for this issue, especially after working with her to develop and sell this timely and much-needed book.

JL: How would you describe your relationship with your body? How has it evolved over the years?

LP: My relationship with my body now is the best it has ever been. Anyone with a chronic illness can likely understand the feeling of being at war with your own body. I’ve felt like I’ve been at war with mine since I was a teenager. I started experiencing debilitating symptoms when I was around 15. At 28 now, I never thought I would get to the place where I felt that I could put down my armor and sort of be at peace with my own body. But now, most days, I feel that peace. It took a lot of work — years in therapy, meditation, journaling, and just letting myself fucking feel it. But I finally got here. I think the turning point for me was redefining what it meant to be a person with a chronic illness. I had this idea in my head of what life should look like (especially in your twenties) and I had to sort of throw that out the window. I did the same thing with the idea I had in my head about what sex should be. Life for me didn’t have to be climbing mountains or going on amazing vacations to Thailand. Life could also look like me sitting on my couch surrounded by friends as we watch the latest episode of 90 Day Fiance. Sex didn’t have to mean penetration. Sex could mean sitting naked in a bathtub with someone I deeply care about. And once I was able to give myself permission to redefine these things, it was easier for me to stop hating my body so much for what I felt like I was forced to miss out on. Of course I still have bad days. I still have days where I pick that armor back up again and go back to war. But I suppose these days it’s more like small battles and less like a seven year, never-ending war.

JL: You are super candid about the daily physical pain you endure from endometriosis and it seems unbearable at times, but you inspire so many people by being open — were you always this truthful with your partners, friends and family, or was this level of honesty something that grew out of experience?

LP: Absolutely not. It took me a very long time to find the courage to open up about the pain that I felt was eating me alive from the inside out. When I was first diagnosed with endometriosis and then subsequently diagnosed with vaginismus and vulvodynia, I honestly felt like my life was over. I felt so alone, every single day. It was the darkest and deepest depression that I have experienced in my life thus far. And I think a large part of that was because I had no one to talk to about what I was feeling and what was happening to my body every single day. Part of the reason it was so difficult to speak up was because a lot of my issues and pain were centered around my vagina! And that’s not necessarily something you can easily discuss at any given moment. I certainly wasn’t going up to my friends in college and asking them if they had ever cried putting a tampon in. But the more I kept it inside and didn’t talk about it, the more I felt it eating away at me. So one day, I just opened up. And I felt such a sense of relief afterwards. I didn’t even stop to think about the fact that my seventh grade english teacher now knew I wasn’t able to have sex without crying out in pain. I was just so relieved to fucking talk about it. And slowly but surely other people who were suffering with similar issues came out of the woodwork. And suddenly it dawned on me how not alone I actually was in this. I just never stopped talking about it after that. In part because it was such a relief, but also because I wanted it to be less stigmatized so that the next young girl who was going through this didn’t have to feel that hopelessness. So that she could know she wasn’t alone.

JL: Do you have a spiritual practice? Physical or otherwise?

LP: I believe 100% in self-care. So much of the discourse around self-care has sort of been…transformed into this idea of getting a pedicure or whatever. And honestly? I think that’s fine. To me, it’s all about being kind to yourself. If your body is hurting really fucking bad and you’re feeling low and you just want to get your damn toes painted, you should do that. For me it looks different every day. It could be sitting on my couch with cannabis watching my favorite reality TV shows one day, and the next day it could be me taking my dog on a walk. I don’t necessarily consider it spiritual, but it’s been very important for me to find a way to be on my own side during this. And a lot of times that means treating myself well and not denying myself the small pleasures in life.

JL: You get more CBD and weed promo treats than anyone I know!  How has weed affected your outlook on life? Do you partake to escape your body or to have a better understanding of how to live inside of it?

LP: Cannabis has truly transformed my life. I use it for so many different things — pain relief, appetite stimulation, sleep, etc. — and it has helped my symptoms so much more than anything else I’ve ever experienced. But to be honest, a lot of times when I use cannabis it is to escape my body. When I smoke a really good joint during a pain flare, it’s almost like it allows me to float out of my painful body and watch it from above. I am still aware that the pain is there, but it’s harder to care about it when I’m high. It’s harder to focus on it. Instead, I want to focus on the TV show I’m watching or the D-list reality star that I am stalking on Instagram. It’s an escape many days, but an escape that doesn’t take me very far away and doesn’t leave me feeling worse off when I finally come back to my body.

JL: Anyone who follows you knows you are an expert shopper (I heart fitting room selfies). What role does shopping play in your life? How does clothing, lingerie or being in the buff affect how you feel about your body?

LP: Shopping and I have had a tumultuous relationship over the years. For many, many years shopping to me was like a way to pretend I wasn’t sick. I would buy jeans that I knew would murder my vagina and my stomach but I would tell myself, “One day, when you’re feeling better and you aren’t sick anymore, you’re gonna wear these.” I would take the jeans home and put them in my closet and there they would stay. Because I didn’t feel better that week. Or that month. Or that year. And every time I would open that closet door and see those jeans, I would just be reminded of the life and the body that I didn’t yet have, and maybe would never have. These days, shopping is a way to take back ownership of a body that has felt so out of my control for so long. Wearing lingerie allows me to remind myself that I am sexy and desirable and a bad fucking bitch despite the fact that my vagina hurts.

JL: Do you ever wish for a Freaky Friday scenario where you could switch bodies with another person for a day/week/month/indefinitely?

LP: I have wished for this so many times that I’ve lost count. Of course there is a part of me that wishes I could trade places with someone who is able-bodied just to see what it’s like. I want to have pain-free sex. I want to eat a piece of chocolate cake without feeling sick as hell afterwards. I want to run a fucking marathon. I want to swim with dolphins. But I find that wishing for things like this only set me up for failure. So I’ll say that for the most part, I don’t. Not anymore. I’m more focused on my own life and celebrating all the shit I can do that 19-year-old Lara never thought possible.

JL: And lastly, what do you want people who are trying to cope with a chronic illness to understand about how you navigate your journey? And for those who want to be an ally — what basic advice can you share that will help people be supportive of what they don’t truly understand?

LP: Everyone living with any sort of chronic illness has to find their own journey. These journeys are going to look similar, but they don’t always have to be the same. There is no “right” way to live with an illness. You don’t have to eat plant-based or do yoga every day. You can do whatever the hell you want to make yourself happy. I think that’s the biggest (and one of the hardest!) lessons I’ve had to learn on my own journey. And for anyone who wants to be an ally — it’s OK to just sit with us in our pain. I think oftentimes people can become frustrated with a chronic illness because they are unable to “fix” it. There is no cure. There is nothing you can do to fix the medical part of it. But you can be there! You can sit with us in our pain and say, “I am so sorry you have to live with this. But let’s get high and watch TV.” 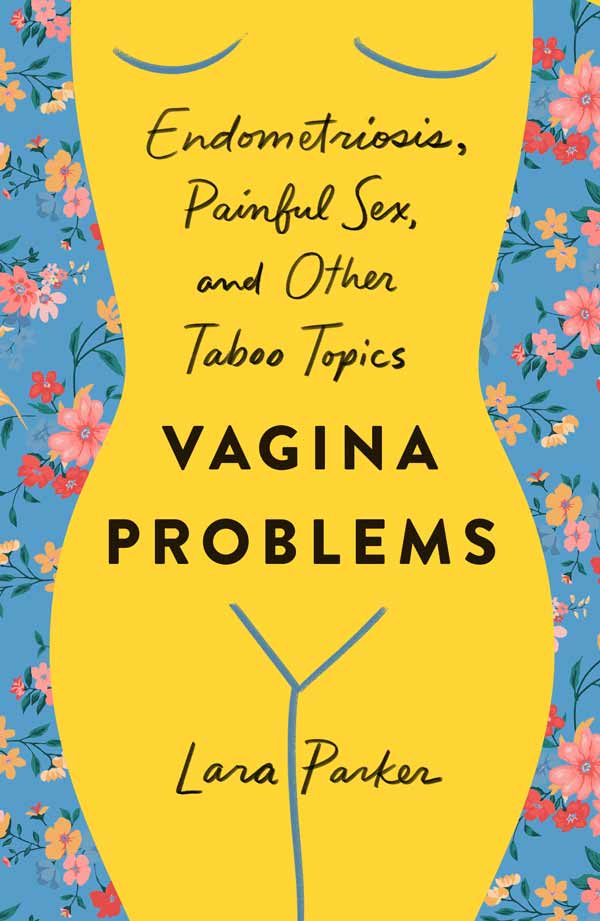